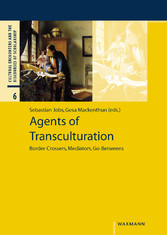 Ever since antiquity, but increasingly since the global transformation of the world order in the early modern period, communication between members of different cultural groups depended on translators, diplomats, traders, and other specialists with a knowledge of both cultures. Successful communication and traffic relied on the mediating agency of persons who had been exposed, often in their childhood or through captivities, to the customs and languages of both cultures involved in the contact. Other border crossers and go-betweens acted as missionaries, traders, political refugees, beachcombers, pirates, anthropologists, actors in zoos, runaway slaves, and itinerant doctors. Because of their frequently precarious lives, the written traces left by these figures are often thin. While some of their lives have to be carefully reconstructed through critical readings of the documents left by others (frequently by their enemies), others have left autobiographical texts which allow for a richer assessment of their function as cultural border crossers and mediators. With examples covering from various historical periods between the early modern period and the present, as well as geographical areas such as the Mediterranean, Africa, the Americas, Hawaii, New Zealand and northern Europe, scholars from various disciplines and methodological backgrounds - reaching from history to religious studies and from literary studies to ethnology - fathom the intricacies of in-betweeness and reflect on the impact which "agents of transculturation" have in situations of cultural, social and political encounters.